Andersen’s is delighted to announce Landon Metz’s first Museum Exhibition at Museo Pietro Canonica in Rome, as part of the exhibition programme Fortezzuola initiated by the the City of Rome and the Roman Cultural Heritage Authority.
The exhibition, curated by Pier Paolo Pancotto, seeks to create a dialogue between the international contemporary art world and Italy, offering visitors the unique opportunity to engage and appreciate the practice of artists whose work is rarely represented in Italian public institutions

Landon Metz conceived a project inspired by the cultural context of Museo Canonica in a symbiotic relationship with the architectural and historical characteristics of the institution. The common denominator is a reflection on sculpture and the direction that the practice is moving in today. In this regard, the artist presents a series of sculptural works in pigmented concrete that compliment, with three-dimensional shapes, his wall paintings, connecting the two expressive forms that mostly nourish his creative language.
“First elaborated by the Romans, concrete has been used sporadically until its most recent comeback in mixed forms in the 19th century. My fascination for this material relies on its ability to connect and reflect upon the different historical and cultural references that feature in Museo Canonica’s space, a back and forth between space and times (…)”.
In a variety of formations, the sculptures populate the Museum’s spaces and resonate with the paintings by which Metz is best known, thereby building an ongoing dialogue between the seriality of the pigmented surfaces, the attributes of the location and the viewer, with a site-responsive sensitivity. Through performative and sculptural approaches, the exhibition activates a visual and limitless narration of the space extending the experience beyond physically perceptive boundaries.
Landon Metz welcomes the viewer to a visual and sensorial journey into his universe, as part of a performative process of installation within the Museum’s spaces whose outcome will only be disclosed upon the exhibition’s opening date. 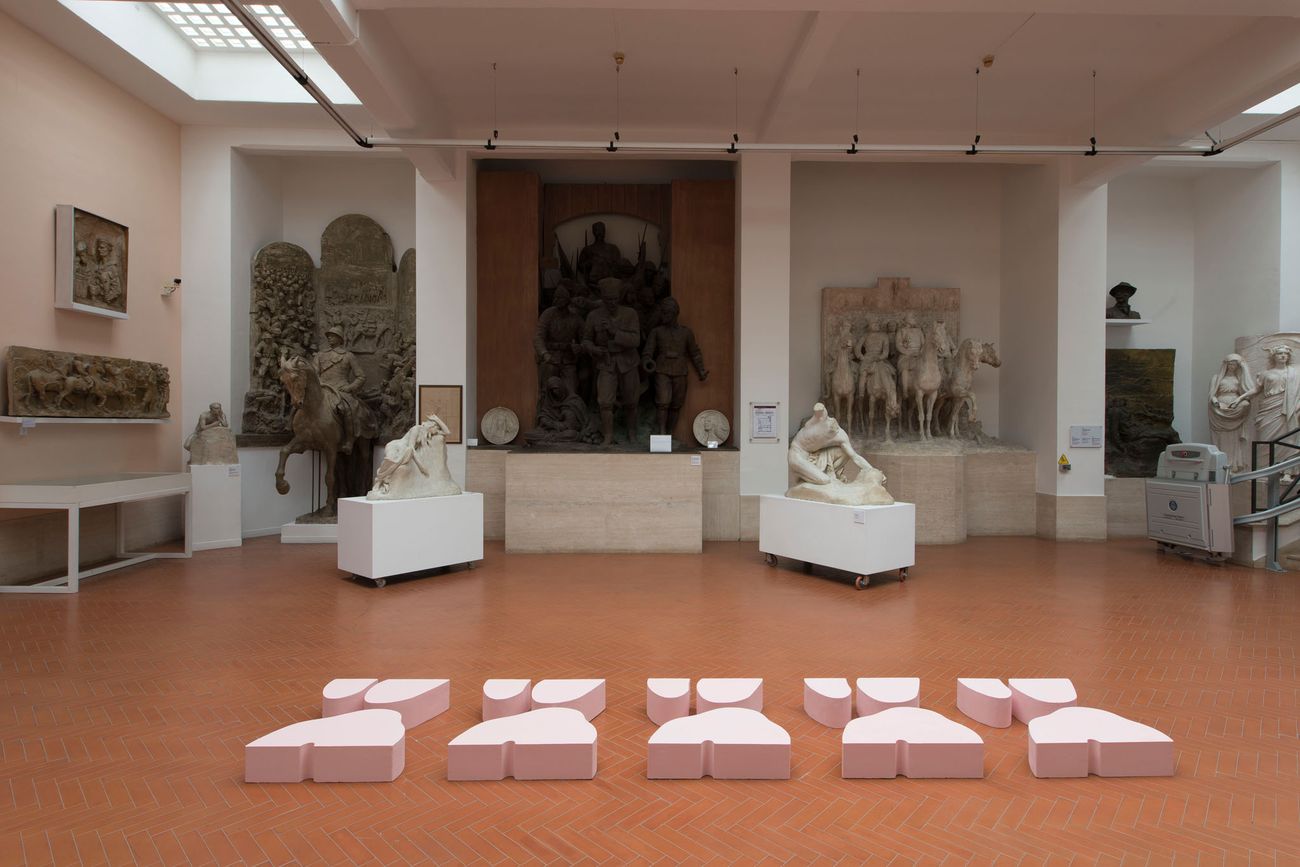