In the night of 4 to 5 August 1837 in Rome, I dreamt that I saw a rather large field that was round, of which the soil was ashes and in which there were human [illegible]; he was walking there and solemnly bustling about the human skeletons who were talking together; one group distinguished itself: it was courtesans who paid homage to a king (skeleton) by bowing and adoring him and presenting him with a gold crown; but this king refused these vain homages, saying they were no longer in season and that everyone here was equal 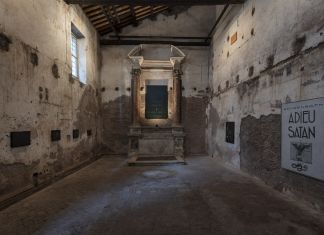